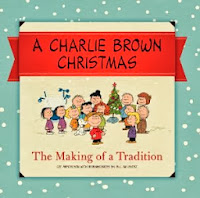 A Charlie Brown Christmas: The Making of a Tradition (IT Books, October 2013)
For almost fifty years (December 1965), the animated special A Charlie Brown Christmas has been considered the start of the holiday season by millions of people.  On one December night in 1969, Radio City Music Hall was showing a Peanuts movie, You’re a Good Man, Charlie Brown, was playing to a sold out crowd on Broadway and millions more Americans were snuggled up at home watching A Charlie Brown Christmas on television.  This book provides a behind the scenes look at one of the world’s most beloved holiday traditions.  From animation art to the familiar score to production notes, this book is full of everything we love most about Peanuts and Charles Schultz. Interviews with Executive Producer Lee Mendelson and quotes from the late Charles Schultz will make this book and the making of this timeless special person.  Each time you pick up this book you will discover something familiar, but also something new.