This gorgeously written, painfully raw debut tells the story of Edin, a young black woman, who meets an older married white man, Eric, online; Eric and his wife have an open marriage, but when Edin loses her job, she is invited to live with Eric and Edin and their adopted black daughter, Akila, hoping that Edin will be a good influence on her.  Life in New Jersey is complicated, striking up a tenuous friendship with Rebecca, navigating this new arrangement, knowing it has to be only temporary.  Edin shimmers with life and emotion, and is wise beyond her years.  Leilani’s complex, socially aware debut covers so many subjects with the deft hand and aplomb of a more seasoned author.

The Eighth Detective by Alex Pavesi

This debut metafiction is an homage to many of the classic mysteries as London book editor Julia Hart interviews reclusive author and mathematician Grant McAllister as her company plans to rerelease Grants’ self-published collection The White Murders. Grant is also the author of a mathematical study about mystery novels: you need a victim, a suspect, and a detective.  As Julia reads the short stories aloud, she points out inconsistencies in the plot and is a little surprised when Grant has no answer for them.  She grows more and more suspicious and begins to wonder if there is any connection between this collection and the real life murder of Elizabeth White in the 1940’s: a modern day mystery intertwines with the historical mystery, intertwines with the short stories in this cleverly plotted mystery, a treat for fans of Golden Age mysteries and those who enjoy Anthony Horowitz and Peter Swanson.

The Silent Wife by Karin Slaughter

GBI agent Will Trent and medical examiner Sara Linton have never investigated a case that was so personal and could destroy everything they have built together. When the pair is called to investigate the death at a prison after a riot, an inmate, who is imprisoned, he claims wrongfully, for a death many years ago, says he can help with the riot death, but he needs them to listen about his case.  A college-aged woman disappeared years ago when she went out for a run; Sara’s then husband and police chief, Jeffrey Tolliver, investigated, arrested and charged the man who now sits in jail.  He claims that other young women have been abducted and died over the years, proving he couldn’t have committed all the crimes.  As Will investigates, he tries to tread carefully around Sara, the love of his life, who is having mixed feelings: she and Tolliver divorced and then remarried before he was killed in the line of duty.  Fast-paced and intricately plotted, this is possibly the most personal case for Will and Sara and has the promise to either bind them to each other forever or destroy what they have fought so hard to create. 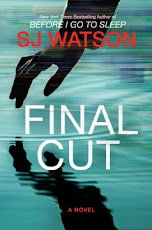 Documentary filmmaker Alex Young can’t rest on her award-winning film Black Winter and is looking for a new project.  She pitches the idea of life in a small northern village, as told through the eyes, and photography, of the residents when her backer receives a postcard suggesting that Alex use the town of Blackwood Bay, a town with a history of smuggling, for her subject; at first Alex demurs but eventually agrees.  In Blackwood Bay, Alex becomes more interested in three teenage girls who have disappeared over the years, believing she is one of them.  Unrecognizable to people after changing her appearance, Alex blends in and digs into the past to try and learn not only what happened to the girls but try to recover some of her own memories, in which there are huge gaps.  Little by little, the town gives up its secrets, but just when things start to make sense, the plot takes a hairpin turn that few will see coming.

This beautifully written and so timely debut set in South Dakota’s Rosebud Indian Reservation features Virgil Wounded Horse, half Lakota and half white, and the guardian for his nephew Nathan since the death of Nathan’s mother.  Now Nathan is in the hospital after a heroin overdose; the love of Virgil’s life Marie is back from medical school and the wo begin a quest to fight the heroin trade that has infiltrated the reservation.  Modern day problems with traditional sensibilities, complex relationships, and gorgeous prose make Weiden a writer to watch. 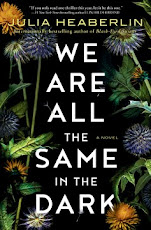 We Are All the Same in the Dark by Julia Heaberlin

Ten years ago, 19-year-old Trumanell disappeared the same night as her violence prone father Frank.  Everyone assumed her brother Wyatt ad something to do with the disappearances, but Odette, a deputy in West Texas who grew up with Trumanell and Wyattt, is still bothered by the case and believes it can still be solved.  When Wyatt finds a young girl who he names Angel in a field of dandelions, Odette is certain her will have a problem over it, but she also fears for the young girl: Odette feels an immediate kinship with her as Odette lost her leg in a tragic accident and the young girl is missing an eye.  As Odette searches for Angel’s family, the truth about the night Trumanell disappeared, and the night Odette had her accident, slowly start to resurface.  The Southern setting adds a gothic, dreamlike quality to this atmospheric novel.

Under Pressure by Robert Pobi

In his second outing, astrophysicist Lucas Page is called back to Manhattan from his vacation with his wife and passel of children when an event at the Guggenheim turns deadly when the the confetti flies, igniting an explosion that kills almost 800 of the people in attendance.  Page, who sees the world and its problems in terms of geometry, and  his former FBI partner race though the city and into New Jersey following the trail of clues that lead to more bombings in this erudite thriller with a modern edge and a damaged but oh so well drawn main character, astute plotting and an ending so simple yet so elegant. 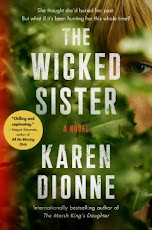 The Wicked Sister by Karen Dionne

Rachel Cunningham has voluntarily committed herself in a psychiatric ward as punishment: she believes she killed her parents when she was eleven years old.  Now she learns that there was no physical evidence linking her to the murders and checks herself out to find the truth about what happened to her parents.  She returns to her family lodge in the Upper Peninsula of Michigan where her older sister Diana and her aunt Charlotte still live, where the truth about her parent’s death is.  Flashbacks tell the story of Diana and Rachel growing up in the remote location, and foreshadow the ending, but there is one final twist at the end that is hard to see coming.

The Smallest Lights in the Universe by Sara Seager

Astrophysicist Seager’s memoir combines the story of a city girl who first saw the stars on a camping trip and became enthralled, obsessed, and in awe, of them, of a young wife, mother, and then widow, who struggles to find her new role in the world, being both parents to her young sons, and finally a highly respected, world-class astrophysics who is diagnosed as being on the spectrum as an adult.  These interwoven stories make up the threads of a fascinating woman, one on a constant journey of discovery, both professional and professional. 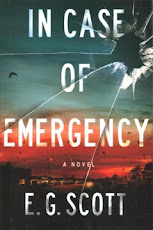 In Case of Emergency by E.G .Scott

Scott’s second novel lacks the punch of pseudonymous Scott’s first novel, though the plot has some interesting twists.  Thirty something Charlotte Knopfler was a rising star in neuroscience until a death on the operating table occurred.  She practiced acupuncture in Long Island now, sharing the space with her best friend, a masseuse, and posting to a trauma survivors board regularly.  She has a new boyfriend, Peter Stanton, and though the two have never met in person, Charlotte is head over heals in love with him: he says he works undercover for the government and is often away and silent for long periods of time.  When Charlotte is called to identify a body of a young woman who had Charlotte’s card in her pocket at the time of her death, she doesn’t recognize the woman at first and then becomes a suspect at which point she begins her own investigation, though she is in a constant emotionally fragile state.  Charlotte’s personality seems a little at odds with itself, and readers will easily guess what the situation with Peter is and the connection of the dead woman to Charlotte.

The Night Swim by Megan Goldin

Goldin’s second thriller takes its structure from a podcast Guilty or Not Guilty as Rachel Kroll, the host, arrives in Neapolis, NC to cover the trial of Olympic hopeful swimmer Scott Blair, accused of raping sixteen-year-old Kelly Moore.  While in Neapolis, Rachel begins to receive mysterious messages from a woman named Hannah whose sister Jenny died over twenty-five years ago, ruled a drowning, but Hannah thinks it was murder and wants Rachel to investigate.  Well-plotted, the past and present are neatly intertwined with a small town that doesn’t want to give up its secrets. 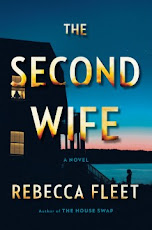 The Second Wife by Rebecca Fleet

Widower Alex Carmichael has remarried and his 14-year-old daughter Jade and new wife Natalie are settling in, or so he thinks, to a comfortable relationship; until the night Alex is returning from a late night dinner meeting and finds his house engulfed in flames, his wife safely outside, his unconscious daughter, whom Natalie said she couldn’t find, being carried out by firefighters.  When Jade awakens, she tells Alex she was hiding in the wardrobe from the man in the house, a claim Natalie refutes.   Searching through the rubble, Alex finds papers among Natalie’s things with the name Rachel Castelle on them, someone of whom he has never heard, sending him on a hunt to learn about his wife’s past, taking her back into some dark places, into a windy, twisty rabbit hole full of betrayal and lies, and a final, shocking twist; this sophomore title is full of surprises and suspense.

at 11:42 AM No comments:
Newer Posts Older Posts Home