The Brink, Stories by Austin Bunn

In this debut collection of ten stories, screenwriter Bunn navigates the human condition with all its flaws and messiness but reminds the reader of an innate goodness, that all is not lost.  Though none of Bunn’s characters appear to have anything in common---they are to have anything in common---they are all different ages, in different settings, some times in different centuries, there is an interconnectedness to them as each faces odds that they feel at the time are insurmountable, but that offer hope, often in most unexpected places, ways or people.  Words and props are carefully chosen, the sentences sometimes sparse.  Visceral and startling, Bunn’s stories will fascinate and mystify as they form a story from which no one will be able to look away.
at 8:22 AM No comments: 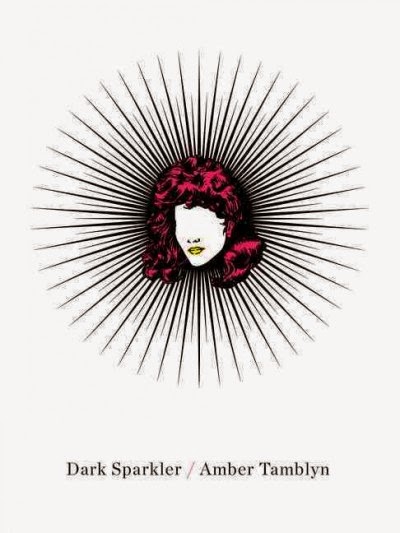 Many young actors never make the bridge to adult actors, whether due to lack of industry interest once the “cute factor” is gone or through personal missteps or tragedy (drugs, pregnancy, jail or death); not so with Amber Tamblyn.  Not only was she able to continue a successful movie and television career, but she has mined her experiences and those of legendary actors to use as material for her other passion: poetry.  In this, her third collection of poetry, Tamblyn pays homage to the women whose careers, and in many cases their lives met tragic ends.  Some names will be familiar:  Jayne Mansfield, Marilyn Monroe, Heather O’Rourke and my favorite childhood star, Anissa Jones (Buffy from Family Affair).  Poems about less familiar names will arouse readers curiosity and have then turning to Google to learn more about their careers and realize they do know who the actress is after all, if Tamblyn’s verse doesn’t provide enough clues.  Illustrations and images add to the poems except in a couple of cases where they obscure the words a bit.  Neither maudlin nor overwrought, these poems celebrate the lives of these women rather than their tragedies, but face reality and their fates nonetheless.  An unusual but startling tribute written by an actress whose time may have come but is by no means near the end.
at 8:20 AM No comments:

In this debut thriller, a UK import, Detective Inspector Helen Grace investigates one of the most bizarre crimes she has ever heard of: a young couple is abducted, locked in a drained pool and left with a gun and the instructions that only one of them will be released, but in order to win your freedom, you must kill your fellow captive in a cruel, gruesome game, one in which there are no winners.  While investigating this crime, a second abduction occurs and another until Helen Grace sees a link between at least one of each pair of victims, and that link is her.  Now the game is personal but who will the final players---and survivor--- be?  Helen Grace is one of the most interesting detectives to come along in a while.  She has demons deep inside that she cannot and will not release and secrets that could cost her her life if she is not careful.  She is also smart and strong and in some ways fearless.  This is a book not to be started unless there is time to read it through to the end.  M.J. Arlidge will be a welcomed new author on this side of the Atlantic with her follow-up Helen Grace thriller due before the end of the year.
at 3:31 PM No comments:

Ani FaNelli has come a long way from her roots just outside of Philadelphia: she has a coveted job as a magazine writer in Manhattan and is about to marry the man of her dreams, handsome and with a trust fund to book.  But Ani’s life is a carefully created façade, a façade that Ani is afraid will crumble exposing her past.  So why, does she wonder, did she agree to participate in a documentary that details the events of her freshman year in high school, events that have shaped Ani and transformed her from TifAni into someone always careful of her appearance, speech and even associations.  A startling encounter with her former English teacher, Andrew Larson makes Ani even more reflective on her decision to participate in the documentary which, after a return weekend to the Main Line suburbs, causes her to reevaluate her life as it is now and how it could be.  Flashbacks depict a much different image of Ani than she projects, all leading up to a final, startling revelation that makes Ani a more sympathetic character when readers first meet her.  A hard debut novel to classify Luckiest Girl Alive cleverly captures readers’ attention and once it is held, takes them on a ride filled with twists and turns, a ride from which there is no return.
at 3:17 PM No comments:

Girl in the Moonlight by Charles Dubow (William Morrow, May 2015)

This sophomore book by the author of Indiscretion follows Wylie Rose and his obsession with Cesca Bonet from the time he falls out of her tree as a pre-teen.  Wylie meets the Bonet children, Cesca, Aurelio, and the twins through their uncle Roger as he is on the cusp of becoming a teenager; he finds himself obsessed with the idea of Cesca and longs for his next chance to see her.  Cesca has ruined Wylie for any other girl, teenager or woman, as he can never quite get her out of his mind.  The bohemian existence the Bonet children live is much different than Wylie’s more traditional, though privileged, upbringing.  Their parents are for the most part estranged, their mother living in New York City, their father an artist in Barcelona.  Whether consciously or not, Wylie befriends Aurelio, an artist giving him more chances to be in Cesca’s aura, but Aurelio is much more serious about both his art and his relationship with Wylie.  Through the 1960’s into the beginning of the AIDS epidemic, Wylie continues to obsess over Cesca and grasps at the possibility that they have a future together.  Dubow’s sentences and prose are gorgeous and written with an almost dreamlike quality reflected in the title.  Marriage and relationships are often at the forefront and the only healthy relationship that Wylie is witness to is an older couple, an artist Paolo and his wife Esther, proof that lasting, honest love is possible.  As frustrated as readers may become with Wylie, they will be begin to wonder if we each create our own obsessive cycle from which cannot  be broken at one time or another.  Aurelio is a character readers will ache for and hope he is able to find some peace and his place in the world at long last.  The style of the novel is reminiscent of late 19th or early 20th century classics as Wylie, and the reader, are drawn into the glamorous life of the Hamptons and the artists who inhabited the colonies and into the eternal quest to love and to be loved in return.