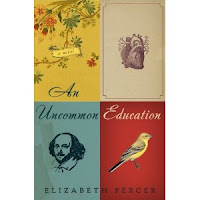 
Naomi grew up an only child born to older parents, an academic, somewhat eccentric father, and a sickly mother. She learned to make her own fun in the greater Boston area in such places as the John F. Kennedy National Historic Site, where the president was born. Rose Kennedy restored the house in the late Sixties, after his assassination and where Naomi’s father, a great admirer of Mrs. Kennedy takes his daughter and his out of town business clients. From an early age, Naomi is obsessed with the human heart and its functions. She strikes up a friendship with the boy behind her house, but has her heartbroken when after his father dies he and his mother move away. Naomi enters Wellesley, her sights set on medical school, not forming close friendships until she joins the Shakespeare Society where she begins to form friendships, act in plays and becomes part of something, but to the detriment of her studies. At the same time, her mother’s health begins to decline and Naomi finally comes to realizes there is more to the human heart than what she finds in Gray’s Anatomy.

At times familiar, An Uncommon Education chronicles the life of a young girl growing into a young woman, feeling her way at first as she learns about herself and about her surroundings, making a place for herself. Set against the story of the Kennedy house, from where Naomi stole papers and pictures from Rosemary Kennedy, who underwent a lobotomy in an attempt to cure her, Naomi slowly evolves from a quiet, shy little girl with dreams into a grounded young woman who has balance in her life.