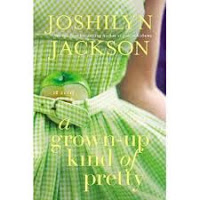 
Every fifteen years, trouble visits itself on the Slocumb women of Mississippi and this year is no exception. Thirty years ago when Ginny (Big) turned fifteen, she gave birth to her daughter Liza. Fifteen years later, Liza gave birth to her own daughter, Mosey who is turning fifteen and being watched like a hawk by her mother and grandmother, while taking pregnancy tests on the sly, just in case (though Mosey knows for certain there’s no chance of that happening). The ladies’ troubles take a different form this time as Liza, at thirty, has suffered from a debilitating stroke and the landscaper who was cutting down the willow tree to put in a swimming pool, has just dug up the skeleton of a baby girl. Now secrets fifteen years in the making are emerging from this small Southern town and though Big is tough enough to let the town say what they will about her, and even Liz, it is Mosey who stands to be hurt the most and Big will not allow that to happen, even if it costs her the only man she ever loved who is now free to love her.

Joshilyn Jackson has written the story of three young women whose lives are very intertwined with each other, not just through blood, but through circumstance and the choices each has made and makes in her life. Told from each woman’s point of view, including Liza’s in her debilitated state, each woman’s past and present unfolds after the bones are found under the street and a town’s secrets and sins are slowly revealed, allowing each woman to be the captain of her own fate, knowing that whatever happens, Big, Liza and Mosey are each other and will remain that way no matter what happens.
at 11:12 AM